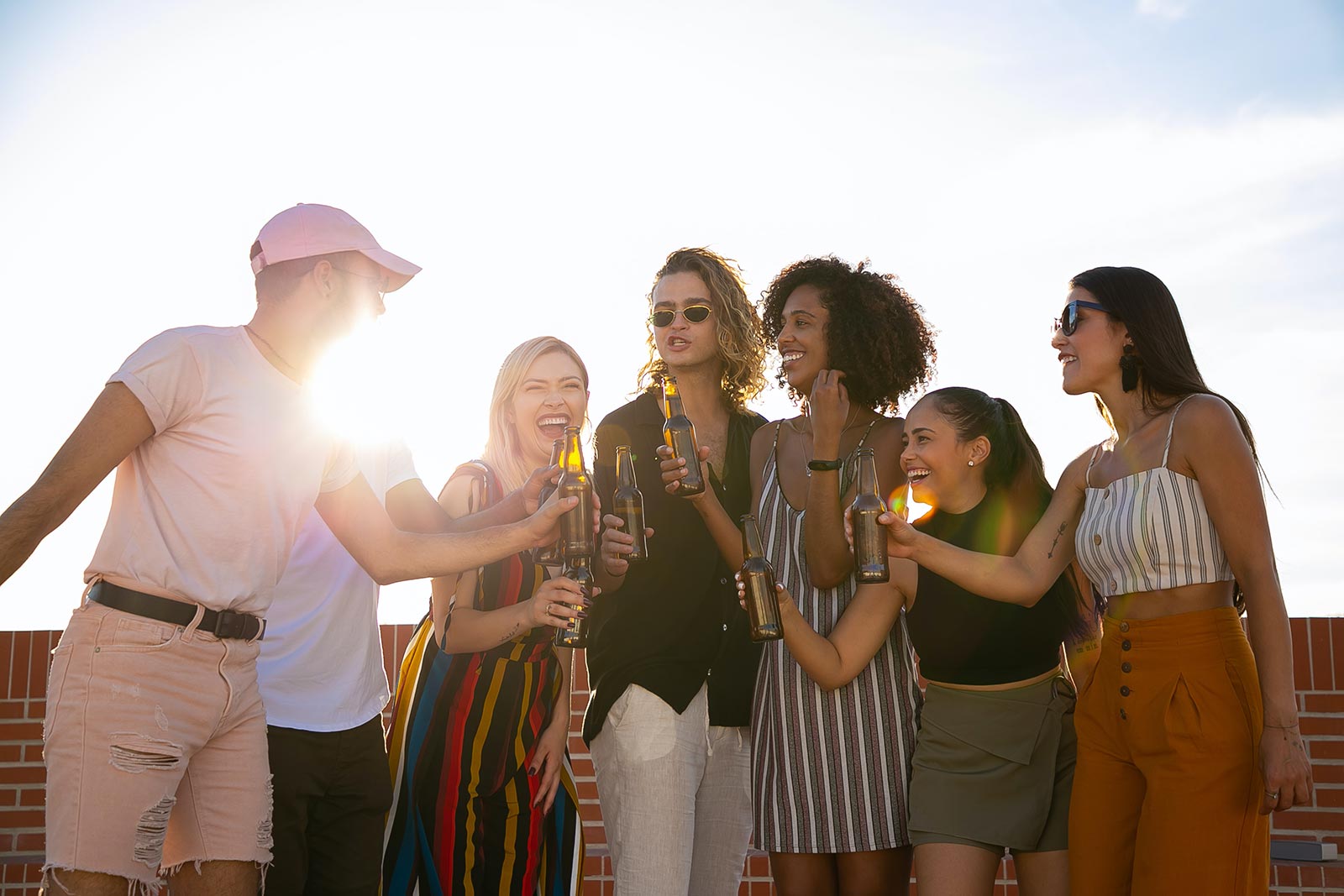 Drinking alcohol has been around for a long time. 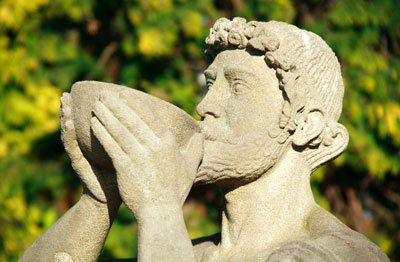 Fermenting grains and fruits into a beverage is traced to as early as 7000 BC in China. By 3000BC, Sumerians regularly used beer as offerings to the gods and Egyptians drank beer as a diet staple touted for its virtues and perceived nutritional benefits.

And even way back then, positive beliefs about alcohol were pushed through society. In Giza, they paid employees with three rations a day. In Greece, wine became pivotal to religion and as currency itself. In Roman culture, the military received standard rations and the writers praised wine so much as to throw shade on water.

When you think about NOT drinking, you feel weird…. “off” somehow.

As if you should want to keep up with the rest of society because it’s how everybody does. And if you don’t like the negative side effects, well… then something is probably wrong with you.

It Takes Strength to Choose an Alcohol-Free Life

We are here today to give you permission to not drink and to tell you that the only thing “different” about you is having the strength and courage to want to live life on your own terms.

You see, society has given us a certain set of rules and rewards since birth 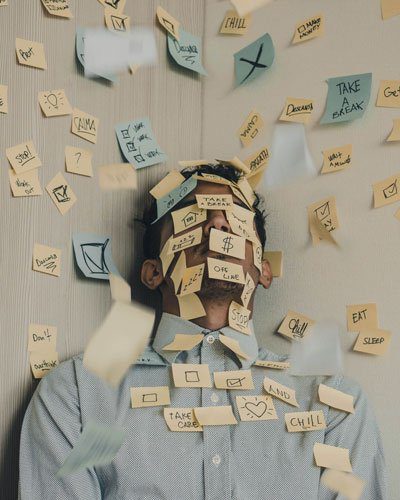 – since way before our births, our parents, grandparents, and all those before them. Society has formed a path for what humans “should” do… go to school and church, get a job, get married, buy a car and house, have 2.3 kids, stay fit at the gym, maybe squeeze in a too-short vacation each year, and be happy with the redundancy and monotony of your life and responsibilities.

But nature gave us emotions. We know happy, sad, angst, overwhelm, and so much more. And as we go through life in society, we go over a lot of bumps that throw our feelings all over the place. And society says, “drink alcohol to help you celebrate the highs and manage the lows.” Oh sure, you can also buy yourself a new pair of shoes and have mile-high chocolate cake as a reward or to self-soothe.

Anything that helps you feel better when you need it is a valid coping mechanism.

And we need to cope because #lifeishard and we have these damn emotions to contend with! So, it’s all fine and dandy to eat extra and shop extra and run harder and sleep more and drink more because we need to escape our feels to survive, right?

Well, sorta yes and sorta no. All of the coping skills we may turn to can be helpful when used “moderately” but when we use any coping skill (even exercise) to an excess, we can end up hurting ourselves. Alcohol has the added benefit of being able to rewire your brain to tell you that you need more of it because drugs are like that. This means it’s way easier to overuse drugs and alcohol once you start a routine with them than other coping skills. 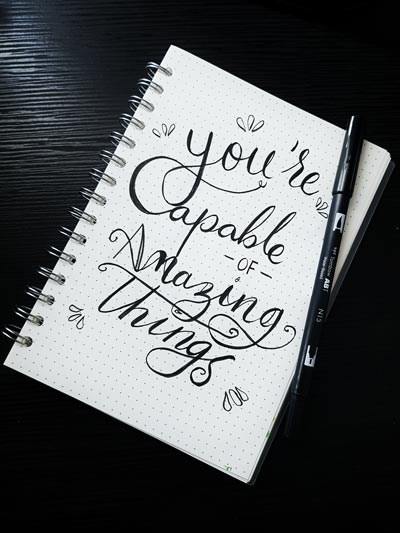 And yet, society still touts that alcohol is awesome. And that people who don’t drink are bad and wrong.

If someone was given Cocaine on a daily basis, as a ration, in good times and bad, touted for its natural health benefits, praised for its status and religious holdings all across the globe, would we all still view the situation the same? Would we shame the person who wanted to stop? Would we wonder how the person might need a little help stopping? Or would we praise them for breaking the patterns, wanting to feel better, being strong enough and brave enough to take the steps to do better for themselves? I vote for the latter.

Luckily, our society in the 2020s has begun to change significantly.

Largely in part to the internet, people from all over the world have begun to talk, to open up. People are expressing their emotions and voicing their concerns and offering help to each other! The gods and rulers aren’t the drivers of the conversations anymore.

It’s now more OK than it ever was to be different. 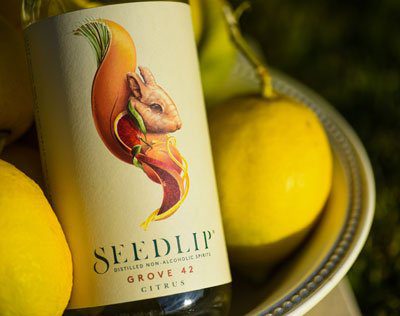 Being AF (Alcohol-Free) is not fully mainstream yet, but our society in 2022 is getting closer. There are now entire clubs that don’t serve alcohol and many restaurant menus now offer mocktails so the teetotalers can opt for something more than iced tea or soda. They are even making AF liquor options, like Seedlip and Ritual, which are all uniquely blended and great for making mocktails at home.

And for those who are wanting to test drive an alcohol-free lifestyle, but feel like they need some peer support, there are now a plethora of actually good online sobriety support groups and apps (links below).

A lot of people just starting to get curious about cutting or curtailing their drinking aren’t sure where to turn or what to expect from these online groups and apps. And honestly, sometimes the fear of not knowing what to expect stops people from even starting down the path.

Here’s a Q&A about recovery support programs to get you started!

What is a sobriety support group and why are they important?

Support groups for those suffering from substance use disorders offer peer support and usually include training on how to manage everyday life without using. These support groups are important because people tend to behave better when they feel connection and know that they are not alone. In addition to letting the individual know that others are struggling with similar issues and that there is hope of recovery, these groups provide their members an outlet to share both wins and losses that they may not feel comfortable sharing with anyone else. Most support groups also teach their members valuable lessons about mental health, including overcoming shame and guilt and learning how to manage emotions more effectively and cope with strong feelings in healthier ways.

What is the general structure of a meeting? Is there any cost involved? If so, is it covered by insurance?

There are a few different types of groups… There are substance abuse groups that are counselor-led (usually delivered by medical centers and typically covered by most insurances) These groups offer vetted training on managing emotions, including Cognitive Behavioral Therapy (CBT) techniques, in addition to the peer support dynamic. They are commonly known as Standard or Intensive Outpatient Programs (SOP/IOP). Then there are the more popular secular and non-secular support groups which are generally peer-led and held for free, supported by donations (suggested by passing around a “hat”). These groups tend to offer a structured format set by the group founders, including sharing highs/lows and reading/reflecting on the various lessons.

Are there any misconceptions about these types of groups?

Unfortunately, there are many misconceptions about substance abuse support groups. A big one is that you have to hit rock bottom before you “belong” in a group. The truth is that substance use support groups are open and effective for all stages of addiction. Individuals from all walks of life get addicted and choose to attend support meetings – even successful business people. The other misconception is that all groups are like the one originally developed in 1935, which works well for some but doesn’t mesh well with many. The truth is that the newer groups and programs in this decade are geared for the people in this decade – they focus on facts and science – like helping you understand how alcohol affects the brain, how society impacts use and misuse, and by explaining, rationally, how you can overcome subconscious drivers and change any habits you want to change because you’re STRONG!

Do you have any recommendations for support groups that help those battling alcohol or substance abuse? 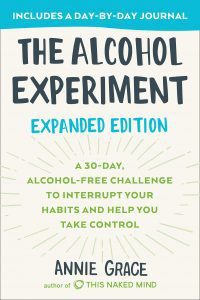 We absolutely recommend asking your doctor or local health clinics if they offer any outpatient group programs – if your insurance will cover it, these sessions are great, to begin with, because they teach many important skills in a very structured setting. However, these programs are usually limited in duration, so afterward (or alternatively) you may want to seek ongoing support from a public local or online group. Check out SMART Recovery which has online meetings, community, podcasts, and programs to combat addiction of any kind. And a highly successful alcohol-focused platform is This Naked Mind, which has “quit-lit” books and online programs like the 30-Day Alcohol Experiment, private Facebook groups, a podcast, and more. These programs put you in the power seat so you can embrace your inner strength and wisdom to achieve a successful result.

YOU are the Only Reason You Need to Go Alcohol-Free

Just know you have choices and permission to stop or reduce alcohol if you want! 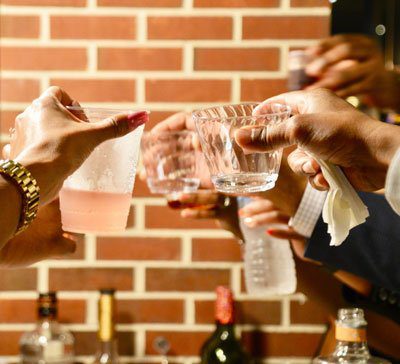 It doesn’t matter why you want to quit drinking or take a break from alcohol, even for a short bit here and there. You may have a dependency on it or you may want to do it solely because your body is a freakin’ temple. Others will ask you why you’re not drinking, for sure, but you don’t have to give people any detail you don’t feel comfortable sharing. It doesn’t really matter what’s in your cup so long as you are enjoying yourself, your company, and how you feel the next morning. You may even inspire others to try the AF life too.

Claibourne’s founders, Claire & Chas, both made the decision to cut alcohol from their lives in their early 20s. They knew it wasn’t serving them. It wasn’t helping them be the people they wanted to be and so they made the tough decision to stop – and they are so glad they did!

Whatever your reasons are, know it’s OK to go after what you want.

There are plenty of programs, support groups, books, and online structures in place to get you started. And counseling is another resource too! 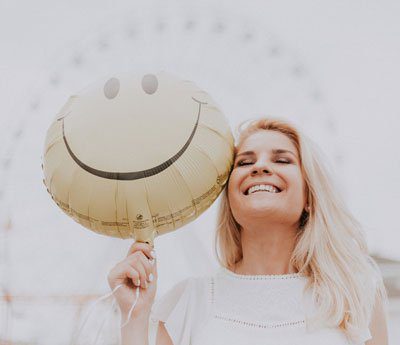 Therapy can help to address any demons you might be hiding from and overwhelm happening in everyday life using skills like Cognitive Behavioral Therapy (CBT) and Dialectical Behavioral Therapy (DBT) which work wonders at helping identify and manage your emotions – without resorting to unhealthy coping methods. EMDR is also a great method for helping us dig to the root of any past traumas that negatively affect our present lives – things we didn’t even realize were bugging us!

Feel free to contact us if you’d like to try some one-on-one individual therapy. We are here to support you on your journey with whatever path you choose to walk.