How to Recognize Narcissistic Personality Traits and Gaslighting

Narcissism is one of those easy-to-miss things until it’s too late. Most people with narcissistic traits are really good at what they do, being narcissistic. Most of them would agree with that statement, too. Most of them are self-aware. Most of them know their strengths and their weaknesses and can tell you what people think of them. This is what makes them so great at being narcissistic to begin with. They must know how people perceive them so that they can make adjustments if need be. Most experts agree that, at least to some degree, those with narcisstic traits are somewhat aware of these charactistics.

People with narcissistic traits are not people pleasers.

They do not care if you are pleased or not, to be honest. It is about them – and they must be admired. So, they will put on their best performance and make a great first impression every chance they get. Have you ever met a really charming, charismatic sales guy who could sell ice to an Eskimo before they even realized it was just frozen water? There’s a good chance that salesperson had narcissistic tendencies. 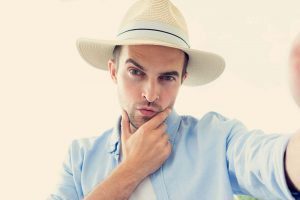 Those with narcissistic personality traits are expert chameleons. They can easily adapt to any situation and any group of people. They’re able to quickly adjust their personality to manipulate others to like who they are. They are the master of the first impression. Hanging out with their buddies from work? They’ll slip into the locker room talk and an alpha male role. Walking into church on Sunday morning? They’ll dress perfectly and shake all the hands with a warm and seemingly genuine smile. Women can have narcissistic personalities, too. You may have encountered a mother who never gives her children credit for anything. Or the controlling businesswoman who never allows for a mistake and barks orders at everyone around her, then takes over and does it herself anyway…she absolutely has narcissistic traits.

There are degrees of narcissism.

While clinical narcissism itself is actually rather rare, only affecting about one percent of the population, narcissistic traits can be found in just about any of us. Some common narcissistic traits are – a sense of entitlement, manipulative behavior, need for admiration, lack of empathy, and arrogance. It’s when these traits develop into abusive levels of behavior that they begin to be classified as narcissistic personality disorder, or NPD.

Narcissistic personality disorder (NPD) is a mental condition where an individual feels they are superior, have a strong need for attention and admiration, and have a lack of empathy for others. It’s established after a pattern of these abusive behaviors has been observed in a person with a narcissistic personality.

Those with NPD are broken down even further into categories – grandiose narcissists and vulnerable narcissists.

A grandiose narcissist acts like they are better than everyone else and are more of the “know it all”. They also tend to lack any concern for the feelings and wellbeing of others. You might spot this person in an argument where they are so firm on their point of view that they refuse to listen to anyone else. Have you ever run into this type of person? Well, if you’ve ever seen any elitist-type comments while browsing social media, you’ve likely spotted a grandiose narcissists with too much time on their hands. Their arguments often end with no resolution, and you can sense their desire to prove the other side wrong no matter what. One idea to navigate this situation is to try to sneak in a solution in a way that makes it seem like “their idea”.

On the other hand, the vulnerable narcissist is going to try to pull energy and empathy from you to feed their emotional neediness. For example, you have plans with this person, but you have to change them at the last minute. It happens. That’s life. The vulnerable narcissist will take this personally and make it all about what you did to them. Maybe you canceled plans because you were sick or had an emergency pop up. They will disregard whatever is going wrong in your life and make the canceled plans about the inconvenience or the insult you have caused them. This is a self-esteem problem and the best thing you can do here is stick to the facts in hopes they will eventually see your perspective.

When a narcissist of either type passes into your life, the best defense is a good offense. Be aware of who they are and be proactively alert for the tricks they play so you do not fall into any of their traps!

Because those with narcissistic traits are so good at manipulation, they’ll play games to try and make you seem like the bad guy. You may have heard the term gaslighting a lot over the past couple of years. It is an important term to know, especially when it comes to narcissistic personalities and avoiding them.

Gaslighting is a form of emotional and psychological abuse and manipulation.
Narcissistic personalities will use gaslighting to cause you to doubt yourself just enough for them to manipulate you. That can be a lot or a little, depending on you and your relationship with the narcissist.

Some gaslighting warning signs to look out for are:

You have likely encountered someone with narcissistic traits. It’s even possible that you have been gaslighted recently or are in a narcissistic abusive relationship currently. I hope that the information in this blog will help you to identify how to avoid or handle this type of person. If you still need help or have questions, please reach out. This can be a complex and challenging dynamic and you should never be ashamed for seeking support, clarity, and direction. We’re here to help – always.

Sending you light and love,
Claire & The Claibourne Team 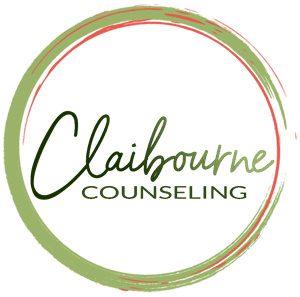