It’s a term that’s thrown around often by those in and out of the mental health community. It’s used when someone has one bad day and is happy the next. It’s casually applied to anyone who is moody or going through something that makes them less positive than their usual self. People even use it to describe the weather, much to the dismay of those living with it daily.

The truth is though, bipolar disorder is a very real, very life-altering mental illness affecting 46 million people around the world. It affects a person’s mood, physical energy, sleep, judgments, actions, and ability to process thoughts clearly. Having ups and downs is normal human behavior that everyone experiences from time-to-time. Bipolar takes this normal human experience to extreme levels, known as mania and depression. People with bipolar have described this as “not feeling like themselves” or even an “outer body experience”.

During a manic period, feelings of euphoria, risky and impulsive behavior, high energy, elevated mood, and reckless decisions are common. The depression that goes along with bipolar, which often comes just before a manic episode, can be so debilitating that people are unable to get out of bed. It causes physical aches and pains all over. Decisions as simple as what to have for dinner can seem like too much. Feelings of hopelessness, worthlessness, and even suicidal ideations are common. When mania comes, it can seem like a dream come true to the person experiencing it, especially if it’s just after an episode of depression. Even to those looking on, it looks like sunshine and roses. Unfortunately, this isn’t the case.

A classic example of the tip of the iceberg, understanding everything that’s going on beneath the surface goes a long way in helping to manage bipolar disorder. The good news is, with proper diagnosis, treatment, understanding, and support – bipolar disorder is manageable. People with bipolar can live normal, healthy lives – have relationships, go to work, raise families, and thrive just as well as anyone else.

How is bipolar disorder diagnosed?

There are not any blood tests or labs to determine if a person “tests positive” for bipolar disorder. However, along with a complete physical exam, these tests may still be ordered by your doctor to rule out other illnesses that could be the culprit of your symptoms. Once all other illnesses have been ruled out, a mental health evaluation by a licensed professional is the next step. Questions will be asked to determine if you’ve experienced at least one episode of mania or hypomania (a less severe manic episode). Once established, mental health professionals use the Diagnostic and Statistical Manual of Mental Disorders (DSM) to diagnose the “type” of bipolar disorder a person may be experiencing.

There are Four Types of Bipolar Disorder 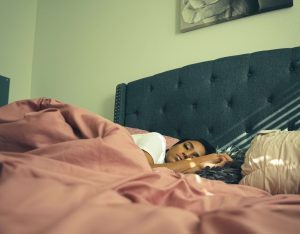 A bipolar diagnosis is not the end of the world. It’s honestly rarely even a surprise to those who hear those words from their mental health professional. Some have even said it is a relief to finally have answers. Living with bipolar disorder is more than doable. It is a chronic illness. So yes, treatment must be ongoing. But, with the right support and treatment plan, there is always hope.

Medications such as mood stabilizers and antidepressants, along with therapies like Cognitive Behavioral Therapy (CBT) or Family-Focused Therapy are extremely effective in managing bipolar symptoms. Enough cannot be said for self-management, education, and recognition of an episode’s early symptoms, as well. Lastly, simply knowing that you are not alone and building a support system around yourself is a must. You and your loved ones can check out our blog on Stepping into The Role of a Mental Health Advocate and also consider joining communities like The Mighty – a safe, supportive community for people facing health challenges.

If you have recently been diagnosed or have questions about bipolar disorder, please reach out. We’re here to help.

Sending you light and love,