What are the Most Common Behavioral Disorders

By definition, a behavioral disorder…

A behavioral disorder involves a pattern of disruptive behaviors that last for at least 6 months and cause problems in school, at home, or in social situations. This definition can be attributed, in various forms, to multiple sources across the web. 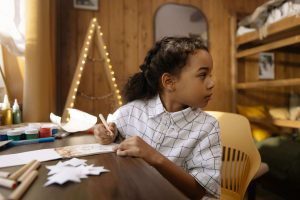 It’s important to note that these behaviors can be disruptive both internally and externally. Sure, we all knew that kid in school who interrupted class every 10 minutes because she couldn’t sit still. But, what about the guy across the table in the conference room who is just trying his absolute best to make it through another meeting that could have been an email? You know it annoys you too, that you’re sitting through another unnecessarily long meeting. Imagine how disruptive it is for the 35-year-old who’s been diagnosed with ADHD?

What about those problems that a behavioral disorder can cause?

Well, it depends on which one. It is pretty widely accepted that the most common behavioral disorders are:

Conduct Disorder is an antisocial disorder in children found when he or she disregards basic social standards and rules. The child may be irresponsible, skip school, steal or do things to violate the rights of others, or physically harm animals or people.

Oppositional Defiant Disorder is a bit tougher to diagnose. Any parent of a teenager will likely diagnose their child with ODD. Symptoms include angry and irritable mood, argumentative and defiant behavior, vindictiveness, and blaming others for their problems. I know, I just described any teenager on a bad day. The catch is when these symptoms persist for six months or longer or if they occur in multiple settings (at home, school, work, and/or with peers). 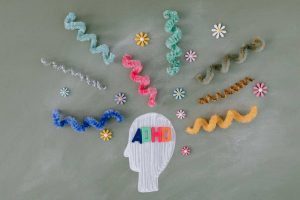 Attention Deficit Hyperactivity Disorder can appear as early as between the ages of 3 to 6 and needs to have been present before the age of 12 in order for an adult or adolescent to be diagnosed. ADHD is marked by an ongoing pattern of inattention or hyperactivity-impulsivity that interferes with functioning or development. ADHD behavior problems are among the most common behavioral problems diagnosed in children, at a rate of 9.4%.

Obsessive Compulsive Disorder is a disorder in which people have recurring, unwanted thoughts, ideas or sensations (obsessions) that make them feel driven to do something repetitively (compulsions). There are not any official classifications, but some psychologists break OCD down into 4 main categories – cleaning and contamination, symmetry and ordering, forbidden, harmful or taboo thoughts/impulses, and hoarding.

It is most likely safe to say that we all know someone or even recognize in ourselves, at least one of these behaviors, in at least one of these disorders. The most common trend in behavioral disorders is that behavioral disorders are common. Some of our favorite celebrities have been diagnosed. Leonardo DiCaprio and Daniel Radcliffe both have OCD. Michael Phelps has 23 gold medals and ADHD.

Howie Mandel is famous for his OCD. Even before COVID-19 hit, he was known for his fist bumps and germaphobia. He’s also an outspoken advocate for those with ADHD. He was diagnosed with both OCD and ADHD as an adult but doesn’t remember a time he didn’t experience symptoms. He’s lived a normal enough life though, thanks to recognition of and proper management of symptoms and a supportive family. “I have a tough time being with myself, so I can imagine what it’s like to live with me. I’ve been married to my wife, Terry, for 30 years — she was my high-school sweetheart — and, God knows, she’s patient with me. If you asked her about my ADHD, she would say it’s difficult to deal with. She can’t get through a conversation with me without having to reel me back in. Every talk we have is peppered with, ‘Howie, Howie! Are you paying attention?’”

Howie’s story rings true with so many, regardless of age. Being a celebrity, a stay-at-home mom, or even the director of operations at a local, small business doesn’t exclude anyone from behavioral disorders. Here at Claibourne Counseling, we do not believe that your diagnosis has to be what defines you. We believe that every person is different, and every person deserves to live a happy, functional life. If you or someone you know is experiencing any of these symptoms and would like help managing them, we can help! Reach out today.